We greatly value our status as a Church of England school and our close links with Saint Mary's Church in Saltford. Every child at school was invited to a special celebration of collective worship.

We visited St Mary's in three age groups, each group walking to and from school to attend. 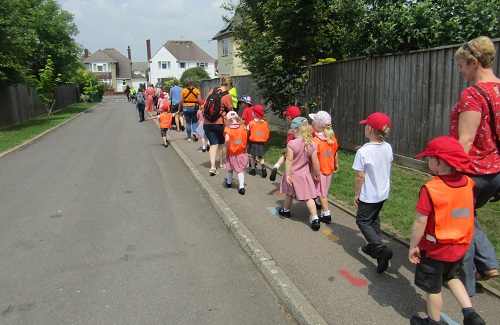 The services, conducted by the Revd Daile Wilshere, celebrated God's wonderful creations. Children were invited to think about their favourite parts of God's creations; flowers, animals, sea or sky. They sang songs such as 'The Rainbow Song' and 'The World is a Wonderful Place' with enthusiasm and enjoyed the shared experience.

Poppy was nervous when she was asked to read a poem about God's creation but she managed to read it clearly. 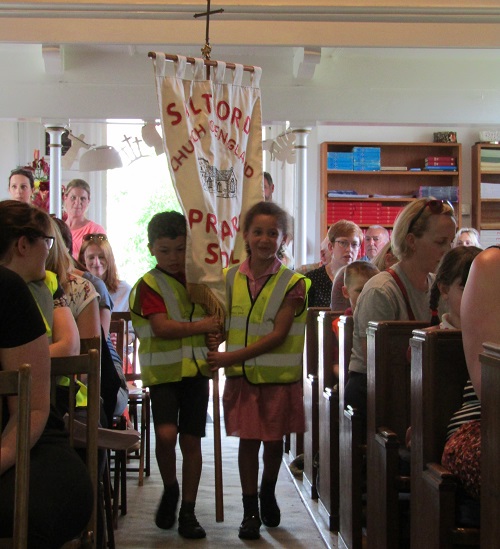 Thanks to Mrs King, one of our Governors, who led one of the songs, to Revd Daile and to the volunteers who accompanied us on the walk.

The School Games Mark is a government-led award scheme launched in 2012 to reward schools for their commitment to the development of competition across their school and into the community. This year were are delighted to have achieved the gold award for the third consecutive year.

We receive a Sports Premium Grant for each financial year which must be used, in line with government policy, to encourage the development of healthy, active lifestyles and to make additional and sustainable improvements to the quality of PE and sport that we offer. At Saltford C of E Primary we are enormously proud of our commitment to sport.  Each year, the Sports Premium Fund is carefully planned against the 5 key indicators set out by the government.

This year were are delighted to report that every member of our current Y6 has benefitted from this fund whether they have represented the school at a sporting festival or competition or been offered the opportunity of some expert coaching in sports such as golf, tag rugby, basketball, handball, gymnastics, hockey, orienteering and/or football.

This year, we are extremely proud of our numerous team and individual sporting successes:

We’d like to say an enormous thank you to everyone who has helped us achieve this gold school games award;  to our expert coaches who have coached the various teams along their journeys, to the parents and grandparents for their continued support and to Mr Burston and Miss Jones for all of their support as our School Games Organisers.

Mrs Sage would particularly like to pay tribute to Mrs Brook's role pulling together all the sporting activities. Without her, it simply couldn't happen.

Our school kitchen was subject to a hygiene inspection in June 2019. Catering Manager Lynne Portlock said she was proud and delighted that the kitchen retained its maximum rating of 5, very good. Lynne and her team have worked hard to keep meeting the standards required. We have five stars for the rating, and five stars in our kitchen: Ms Portlock, Mrs Ford, Miss Hope, Mrs Jenkins and Ms Macke. 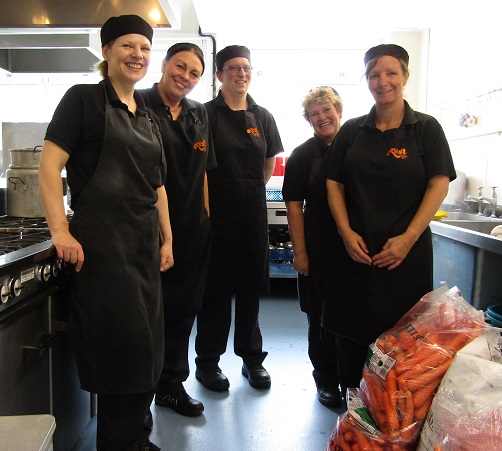 Year 6 prepare for the journey ahead

Year 6 enjoyed a special Pilgrimage Day at Wells Cathedral on Tuesday taking part in collective worship with other schools from across our Diocese.  The children were split into groups with children from other schools and took part in a wide range of activities. They were praised for their enthusiasm which really shone through in activities like the flag worship and drama, where they showed no hesitation in joining in. Well done to year 6 for representing the school so well. A special mention goes to Violet B in class NS who read our school prayer beautifully from the pulpit in front of 400 children. Thank you to all of our helpers and staff who helped make the day a success. 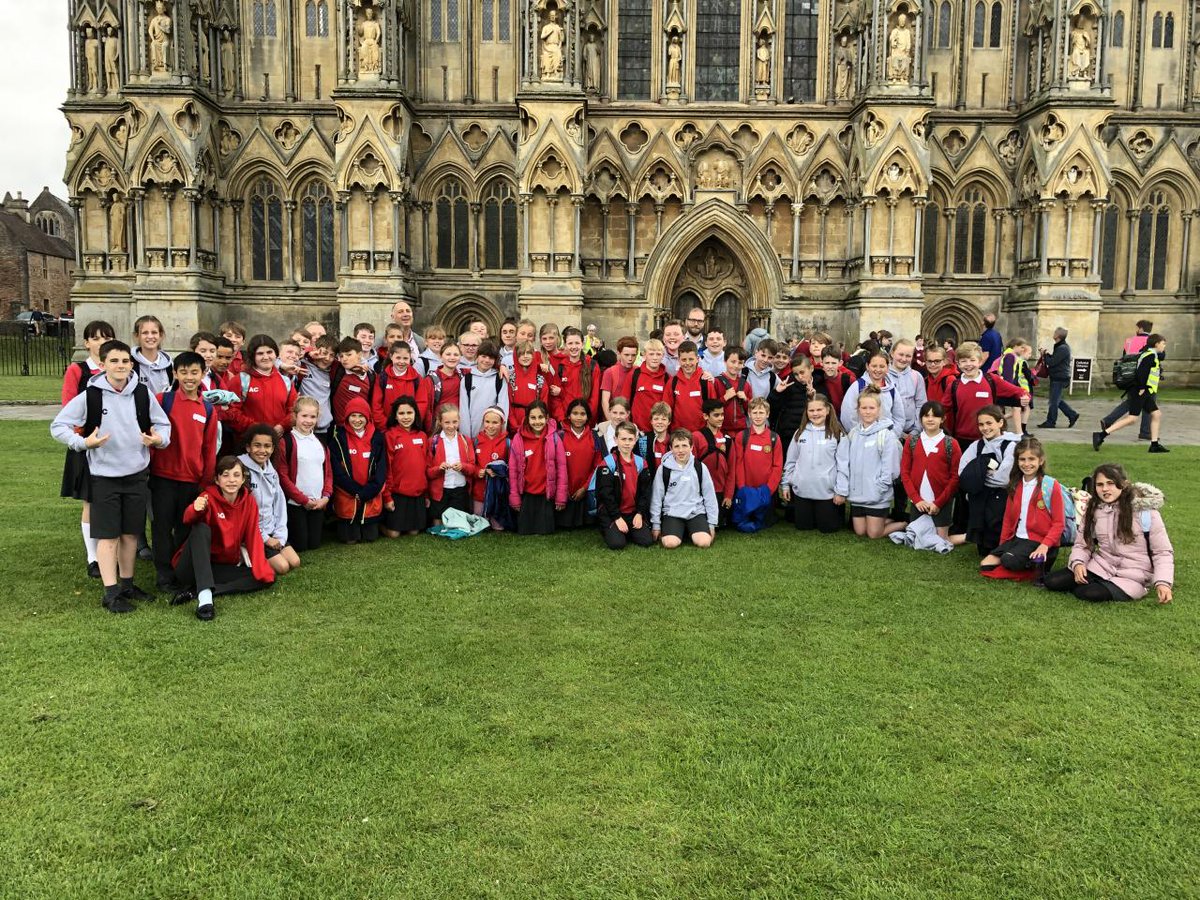 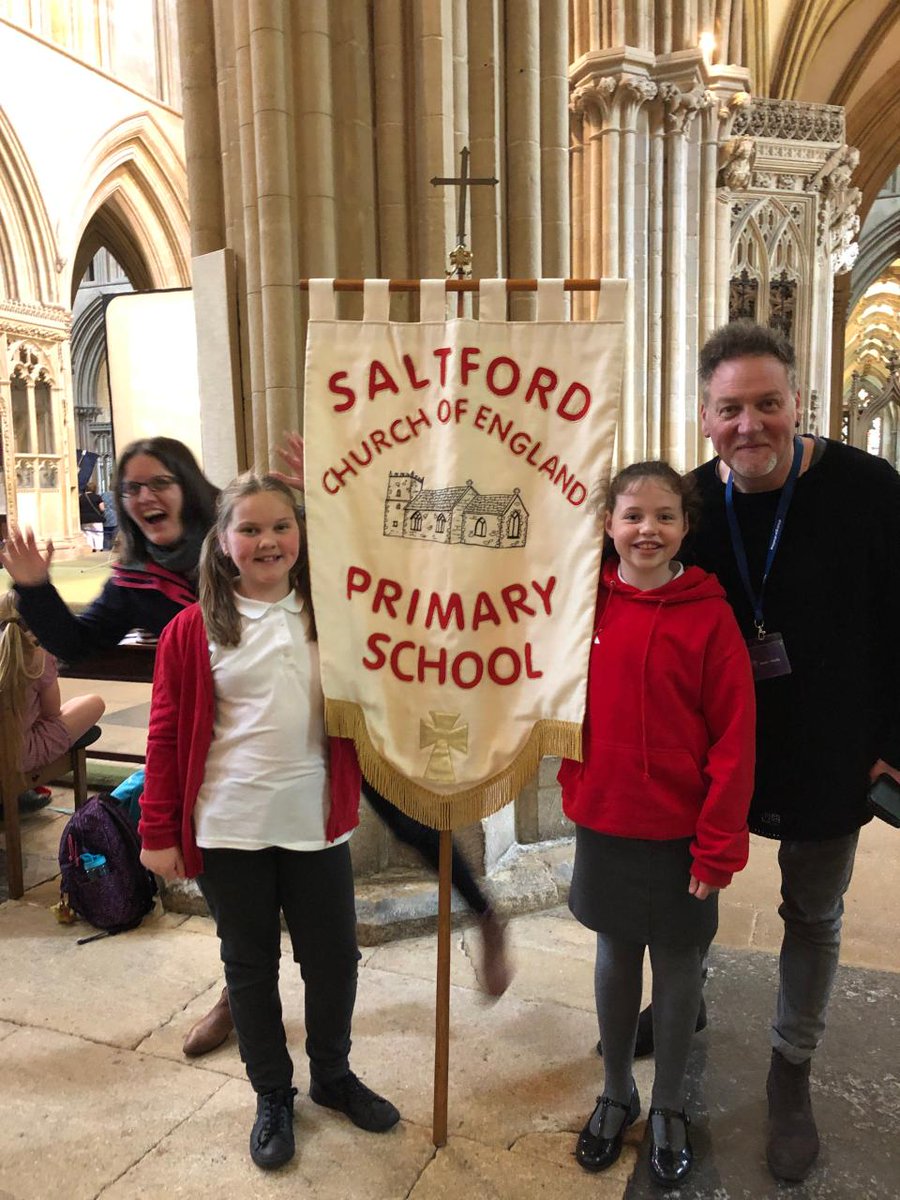 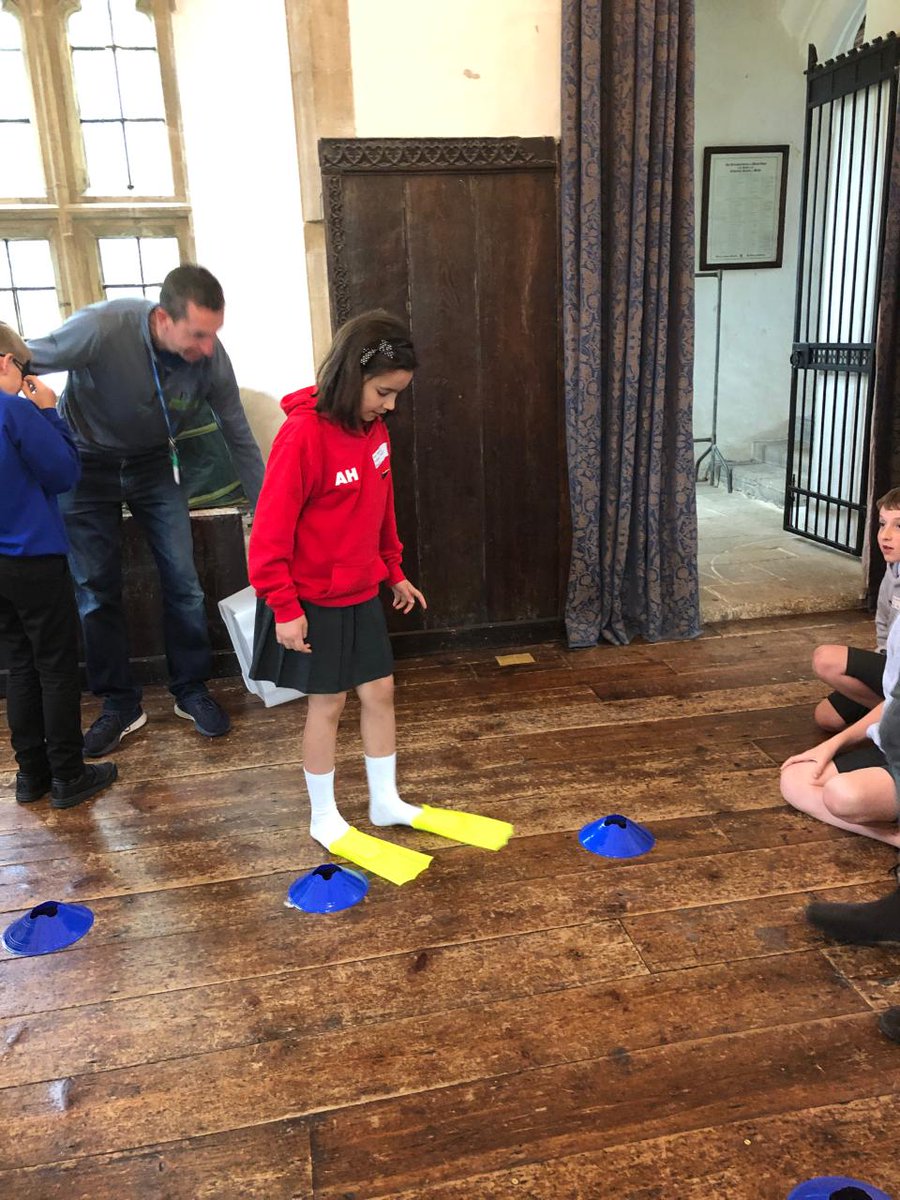 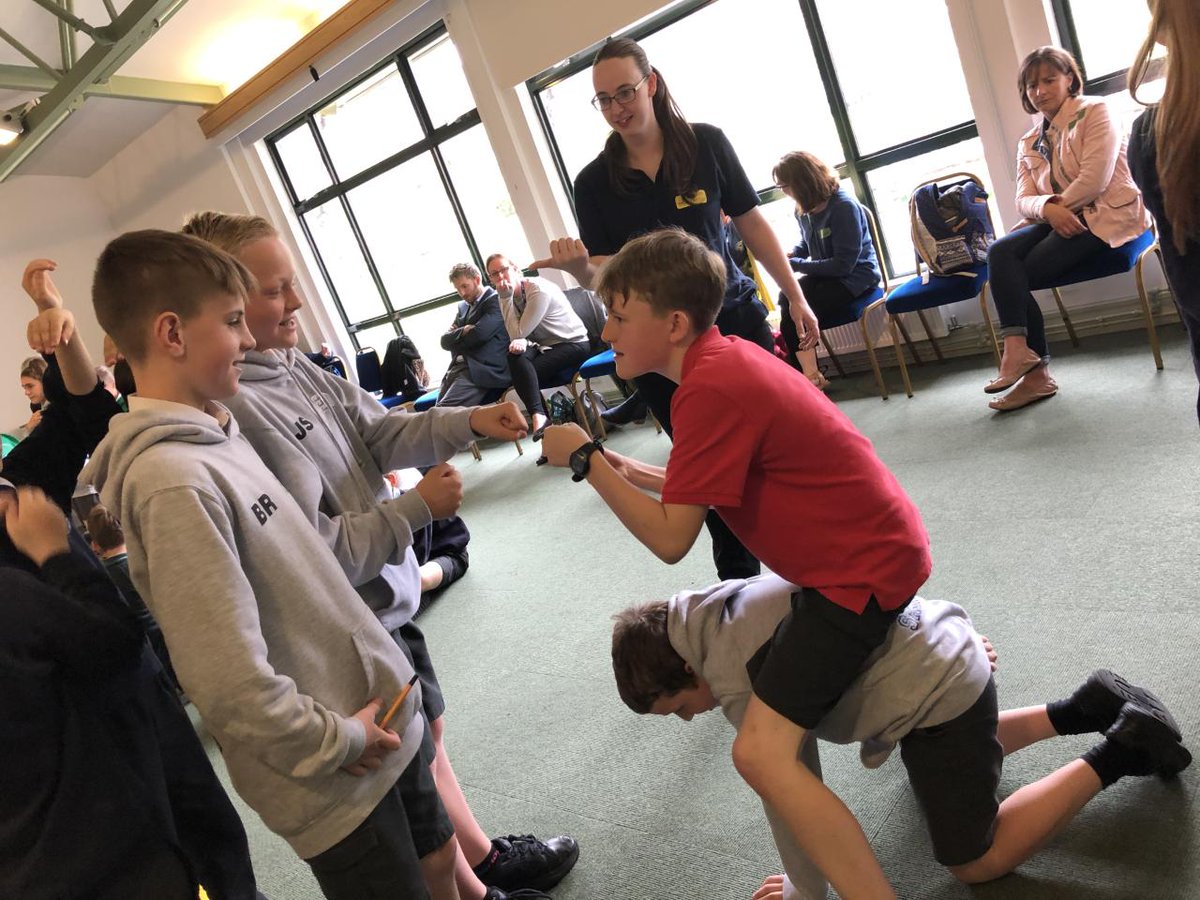 Green Team led an assembly last week to share with the school all of the different projects they have been working on. Jess, Faye, Millie and Amelia from Class AB created a power point to show and presented it to the whole school, a huge thank you to them. (The power point can be found here) They talked about the activities that we have participated in, including, litter picks, monitoring energy usage, making eco bricks, maintaining the secret garden and flower pots, the potato project and bug houses.

In the future the Green Team would like to try and limit single use plastic at school and remind the school about reduce, reuse, recycle which will include pictorially labelling the bins to make it clearer where things go.

We also launched The Great Battery Hunt, to encourage everyone to recycle their batteries and each child has taken home a box. There are certificates/mini prizes for the biggest collection.  Please see the accompanying letter and power point here!

A huge thank you to everyone who has supported the Green Team this year. Especially to Mrs Hodgson, Mr Hayden, Mrs Butler, Ms Stiles, Mrs Sampson and Mrs Curtis. We really love having others come to share their knowledge so please get in touch if you can help. Also, we are always looking for volunteers to work with children (or alone) on some gardening. 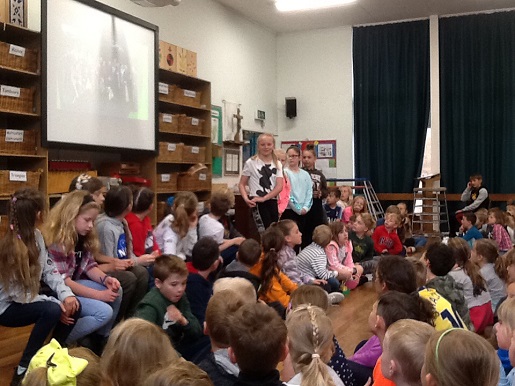 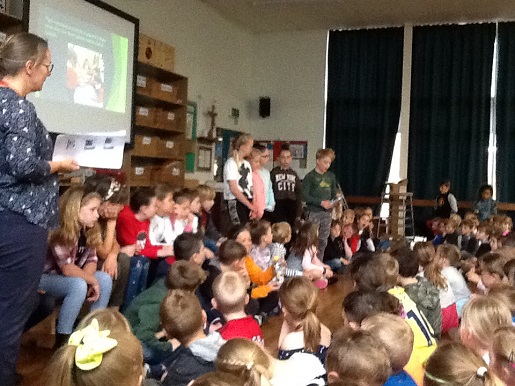 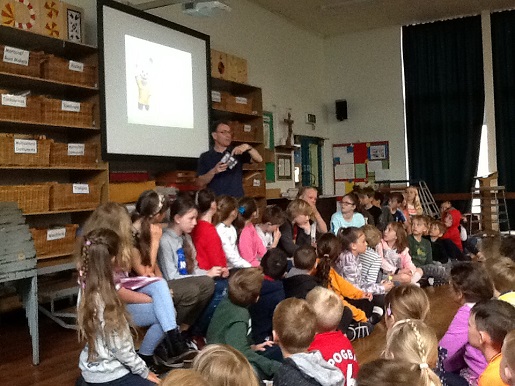