On Thursday 11th November the whole school will mark Remembrance Day with a live video assembly in our classrooms as we cannot all gather together in the hall as is customary. We will also all go outside to observe a minute's silence at 11am. Mrs May will play the Last Post before we fall silent and she will mark the end of the silence by playing the Reveille.

In their classes, children will learn about Remembrance Day, why people wear poppies in November and why we are observing the  silence. Remembrance can bring people of all ages and backgrounds together to reflect upon the service of the Armed Forces and join together in hoping for a peaceful future.

From the beginning of term, we will be selling poppies and a choice of poppy appeal items in support of the Royal British Legion's poppy appeal. The extra items and suggested donations are listed below. You can see what they look like on the RBL poppy shop here. You can also donate direct to the poppy appeal here.

One kind word is all it takes

Anti-Bullying week will be taking place between Monday 15th and Friday 19th November. We are asking children to come to school wearing odd socks on Monday 15th to show their support for this important campaign. This year’s theme is ‘one kind word’. Kindness is more important today than it has ever been.  One of the reasons that ‘one kind word’ has been chosen is that the isolation of the last year has underlined how little acts of consideration can break down barriers and brighten the lives of the people around us.

All classes will be participating in activities and discussions about bullying and thinking about ways to stop bullying from happening. All the children at Saltford School regularly discuss bullying in their classes throughout the year but the purpose of this week is to raise its profile even more. In class we look at different types of bullying, how to help if you think someone is being bullied or what to do if you think you are being bullied.

There are lots of useful resources online for parents with regard to Anti-Bullying. The Anti-Bullying Alliance has a particularly useful parent and carer pack which you can find here: https://anti-bullyingalliance.org.uk/anti-bullying-week/parents-and-carers. 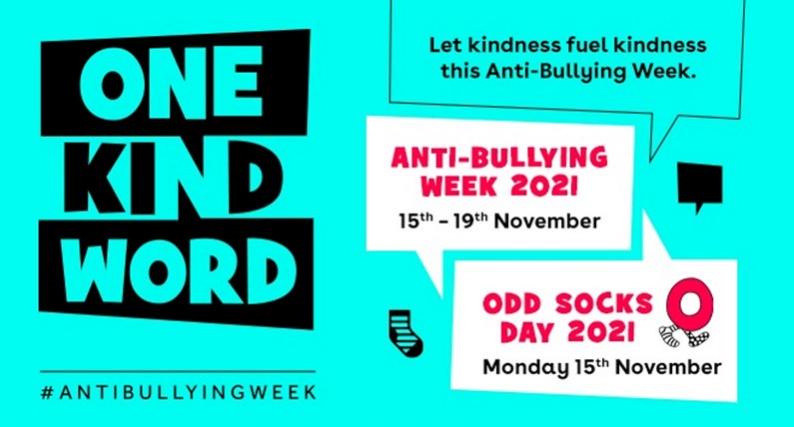 This is a great competition to think about over the October half term. Children from Futura schools are invited to get busy in your kitchen and develop a recipe using your favourite flavours. Recipes will be featured on the school menu, and included in a new cookery book that will be published by our in-house catering company, Zest. The book should be available to buy from early December (just in time for Christmas).

We need healthy recipes for breakfast, lunch, dinner or desert. Each meal must feed 4 people and meet one of the healthy criteria:

All entries should be emailed to zest@wellswaymat.com by Monday 1st November with the subject ‘cookbook’. Please submit a completed entry form, available here in MS Word format and here in PDF format.

Please watch this video to find out more, bearing in mind the revised deadline date: https://www.youtube.com/watch?v=Uwz64F8RxZQ